In the financial services sector, location intelligence is the key to staying competitive. Having the most accurate, most up-to-date mapping and location data to hand helps you to understand where risks are, and if there's been accidental (or deliberate) accumulation of risk - ie, fraud.

Location data is also essential for getting the most valuable insights from your customer base, and to innovate with localised or bespoke products and services. But, if you're working in the risk business, then you want to be 100% confident about the data sources you're using. This is where emapsite can help.

"I'm here to answer all of your questions and I'm happy to share the location insights I've learned working with insurers and banks over the last decade.

Drop me a line. Let me know what kind of case studies would interest you - how we've already helped other businesses with challenges like yours. We're specialists in finding mapping solutions that help visualise and analyse risk, and I like a challenge!"

Ask Simon how these datasets in particular could help you visualise your risks and make them more meaningful:

Contact Simon today, challenge him with your toughest questions about mapping and location data for the financial services sector. We'll find the answers... 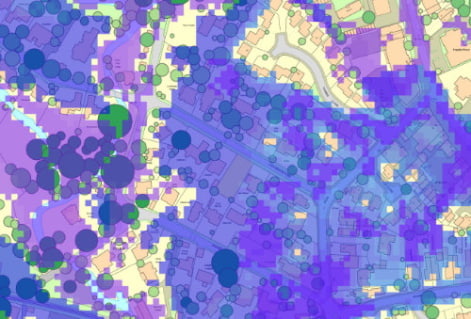 In a competitive market, many forward-thinking firms in the financial services sector are now using location intelligence to drive innovation, to underpin and deliver new products and services to their customer base - on a far more granular basis.

We have a wealth of experience, aggregating location data for financial services firms. We can combine our sources with your own proprietary data, create new datasets, and help you to crunch the numbers that make a difference to clients and intermediaries alike.

emapsite has a wide range of data for insurers, underwriters, loss adjusters, risk modellers, actuaries and analysts. It's the data you need, delivered in the way that suits you best. 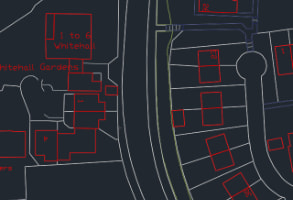 OS MasterMap Topography Layer is the most detailed and accurate view of Great Britain's landscape – from roads to fields, to buildings and trees, fences, paths and more.

OS MasterMap is the most detailed, current and comprehensive map dataset of Great Britain, enabling you to make better decisions and manage your assets more effectively. Working with the other mapping layers in the suite, OS MasterMap Topography Layer gives you the visual context to help interpret addresses, routes and imagery. OS MasterMap is the approved dataset for planning applications and land registration.

OS MasterMap is ideal for: 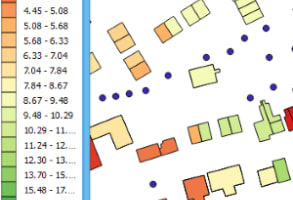 In liaison with the Insurance industry and exclusive to emapsite, Subsitree has been purpose-designed to provide a more granular level of risk insight for Insurers, moving away from traditional postcode-based analysis to individual property level, driven by the knowledge that up to 70% of subsidence claims are tree-related. Insurers can benefit from the currency and level of detail in Subsitree data and have greater confidence in the rationale behind risk selection, valuation, pricing and accumulation decisions.

Subsidence involves underlying earth movement as distinct from property settlement which is generally indicative of poor design or construction. As climatic changes grow more and more unpredictable, both locally and globally, issues around underlying ground stability, planning history and historic land use will continue to impact on insurance-related decisions.
Key to the product are IT system-ready property reference tables containing a normalised risk score for every property address enabling insurers to enhance their existing view of high and low risk areas and adjust their underwriting and claims policies accordingly. It also provides insight into areas where insurers have little or no claims data, enabling refinement of underwriting in all areas. Risk analysts, underwriters and actuaries can rate risk at individual property level to make optimal pricing and portfolio decisions.

For ease of use by Insurer systems, the dataset is available as a webservice from the emapsite Perils data hub. 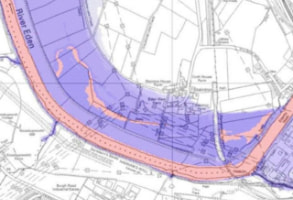 ​JBA Consulting's Flood Risk Model data covers England, Wales and urban areas of Scotland. Included in the product are the Surface Water Flood Map, the Reservoir Failure Flood Map and the Undefended River Flood Map. It has been developed in conjunction with Infoterra and parts have been licensed by the Environment Agency for emergency planning purposes.

The Surface Water Flood Map identifies areas likely to flood following extreme rainfall events - land naturally vulnerable to surface water or pluvial flooding. The model provides the maximum depth of flooding in each 5m cell of the digital terrain model, which is processed into depth bands to identify varying levels of risk.

JBA's Reservoir Failure Flood Map identifies areas in England that are most likely to suffer damage to property following sudden catastrophic failure of a reservoir. 1700 reservoirs are included in the model, which uses JBA's 2D hydraulic modelling techniques and a digital terrain model to create the maps - 1-2m resolution Lidar data in large urban areas and 5m resolution data elsewhere.

The Undefended River Flood Map (image shown on the right) provides the highest resolution flood mapping for urban areas, and is based on detailed hydrological analysis of river systems, followed by advanced 2D hydraulic modelling of water flow onto river floodplain areas. The output from the modelling includes flood outlines and flood depth grids for the following four return periods: 1 in 75 year; 1 in 100 year; 1 in 200 year, and; 1 in 1000 years.

Please note: The Sample below is not for commercial use. JBA accept no liability. 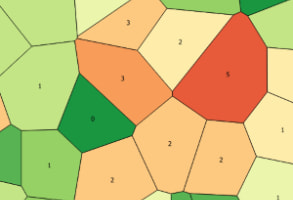 According to statistics from the Association of British Insurers (ABI), theft from property accounts for 13% of claims by value and there is a continual need to improve and update the understanding of it as a risk within the UK Insurance market. Exposure can be reduced by pricing risk at a local level but this is only possible with an understanding of local statistics. The insurance industry requires a solution that is transparent, based on scientifically robust data, employs innovative analytical techniques and is consistent with past claims experiences.

• Using emapsite's Crime peril model, risk analysts, underwriters and actuaries can score risk at a local level to make optimal pricing and portfolio decisions.
• Its currency and level of detail means insurers can enjoy greater confidence in the rationale behind decisions on risk selection, valuation, pricing and accumulations.
• Business value can also be realised from shorter quotation times and, because it is a hosted solution, you no longer have to manage your own potentially costly data stacks and IT deployments. 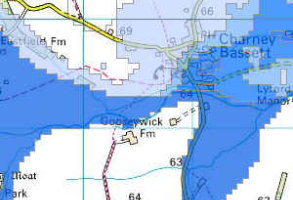 Groundwater flooding is the emergence of groundwater at the ground surface. It can occur in a variety of geological settings including valleys in areas underlain by Chalk, and in river valleys with thick deposits of alluvium and river gravels. Groundwater flooding happens in response to a combination of already high groundwater levels (usually during mid- or late-winter) and intense or unusually lengthy storm events. Groundwater flooding often lasts much longer than flooding caused by a river over-flowing its banks. It may last many months and can cause significant social and economic disruption to the affected areas.

Data is available in Shapefile or Tab file format. Groundwater flood risk types are shown as polygons and attributed as either "superficial deposits flooding" or "clearwater flooding", and are graded into 5 categories from Very Low to Very High. 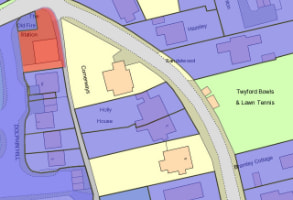 ​emapsite Land Title and Tenure is a new product that enables asset managers to make one simple purchase to cover their large scale mapping needs rather than having to make individual purchases of Land Registry data.

You can purchase emapsite Land Title and Tenure through our online mapshop, where you can define your area of interest and purchase in a range of GIS formats.

​Ideal for project and site specific users in a variety of sectors where land parcel information is required, including planning, site development and asset management.​

Get the mapping and location data you need, in the format you want it, and in a way that works for you and your organisation - our cloud-hosted applications and services make the purchase of location data easy... 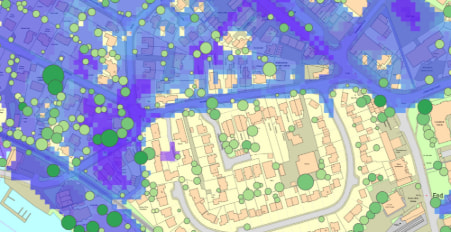 emapsite's View service enables access to all, with OCG/Restful compliant web services that can be integrated into desktop GIS and many third party software platforms.